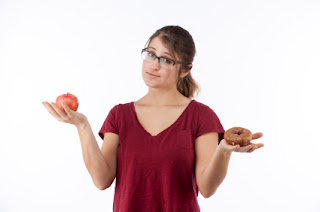 Has it ever crossed your mind that the number of listed Calories (Kcals) of, say, a large, raw, whole apple at 116 Kcals and that of a glazed doughnut at 125 Kcals might not be an accurate comparison*? Surely, you might think, isn’t the doughnut more likely to add inches to your waistline?

You'd be right. The difference that you might have understood intuitively is that, although the number of listed Kcals are similar, your body is likely to extract more of them from the doughnut than the apple. Why the disparity then on the Kcals listing? You can lay blame on the shortcomings of the Atwater Specific-factor System.

Here's a little nutrition science history lesson: In the early 20th century, American chemist William Olin Atwater pioneered calculation of energy values from measures of heat combustion of proteins, fats and carbs. This is how we arrived to the familiar protein at 4 Kcals per gram, lipids at 9 Kcals per gram, and carbs 4 Kcals per gram. It would come to be known as the Atwater General Factor System. At the time, Atwater couldn’t account for fiber, so, in 1955, Bernice Watt and Annabel Merrill refined the system with specific Calorie conversion factors of foods, which has led to what the system is now.

Experts on the evolution of human nutrition

Want to eat a diet that mimics that of our Paleolithic ancestors? It might be a little more complicated than what the popular books say.

The fact is, there was never one Paleo Diet; it's more likely there were hundreds of them and that they were continually changing and broadening over evolutionary time.

That was the overarching message of an impressive lineup of experts on ancient human diets at a symposium entitled "The Evolution of Human Nutrition" organized by the Center of Academic Research and Training in Anthropogeny (CARTA) at UC San Diego on December 7, 2012.

Now, I'm happy to report, the videos of a few of the talks have been made available (embedded in this post below). You can also read what other folks on Twitter had to say about the event using the #CARTAsymp hashtag in my Storify story.