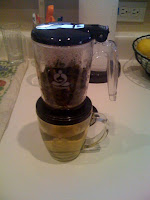 Several studies have reported that green tea improves weight loss, which has largely been attributed to its content of caffeine. A pilot study, however, reports that green tea's main antioxidant catechin, epgallocatechin-3-gallate (EGCG), may also have thermogenic potential.

Thielecke et al of Germany report in the April issue of European Journal of Clinical Nutrition that consumption of EGCG at low doses taken after meals may contribute to increased fat oxidation similarly to caffeine (as much as 35 percent). The same effects of EGCG were not demonstrated while fasting.

The German researchers employed by DSM Nutritional Products performed a randomized, double-blind, placebo-controlled trial on 12 men that were screened for health problems, drugs and smoking. They also excluded men that had taken any dietary supplement within a week of the study.

Each male volunteer consumed an encapsulated supplement over three days (weeklong wash out in between) of either a low dose of EGCG (300mg), high dose of EGCG (600mg), caffeine (200mg), a combination of low-dose EGCG and caffeine (300mg EGCG/200mg caffeine), or a placebo.

The subjects were fed a standard meal of bread, butter, cheese, ham, tomato and cucumber according to the individual energy requiremens of each volunteer, calculated as 5 kcal/kg body weight with 50 percent enrgy from carbohydrates, 35 percent from fats, and 15 percent from proteins. They were prohibited from drinking caffeinated drinks during the study.

Here are their reported findings:

- 10 of the 12 successfully completed all five supplementation periods
- No adverse effects were reported
- There was no significant difference in fasting blood glucose and insulin from the different supplements
- Energy expenditure was not affected by EGCG
- Caffeine alone and in combination with green tea did have a pronounced effect on fat oxidation
- High dose EGCG boosted fat oxidation by a non-significant 20 percent
- Low dose EGCG surprisingly boosted fat oxidation by 33 percent after meals similarly to caffeine, but not before meals
- Low EGCG (300mg) and caffeine (200mg) maximized fat oxidation, increasing it by 49 percent, after meals

The researchers conclude: "This pilot study provides for the first time evidence that a single green tea catechin, EGCG, can increase fat oxidation in obese men, at least within 2 h after meal intake. Within this postprandial phase, EGCG is equipotent with caffeine with regard to fat oxidation."

Why did the high dose EGCG not exhibit the same effects as the low EGCG? I understand that there may be a threshold point that is reached by caffeine and EGCG and its influence on fat oxidation, but I have a hard time buying that a low dose of EGCG may be more effective than a high dose. To that end, I'd like to see similar studies appear to clarify the relationship of EGCG on fat oxidation.

However, I am definitely glad to learn that we now know that EGCG does influence fat oxidation and that its effects of potentially improving weight loss have been pinned down to this mechanism instead of others such as reducing fat absorption. I am also glad to confirm that EGCG has no effect on body composition by means of influencing energy expenditure (meaning an influence on how many calories a person burns in a day).

I will continue recommending three or more cups of green tea a day, with or without the caffeine, for helping patients improve their weight loss. Despite the study, however, I think that across the board the most important reason why we continually see patients losing greatest amounts of weight while drinking green tea daily is because they are, at the same time, replacing their sugary beverages such as fountain drinks.